In-process inspection for the biggest components

The Nuclear AMRC has installed the state-of-the-art Renishaw Sprint scanning system in its largest machining centre, the first time the technology has been deployed in a machine of this size.

By providing rapid in-process measurement and monitoring during complex machining tasks, the technology promises to significantly reduce risk and cost in the production of very large high-value components.

The Sprint on-machine contact scanning system was developed by Renishaw to allow high-speed, high-accuracy scanning during CNC machining processes. The probe rapidly creates data-rich coordinate information about the workpiece surface to an accuracy of a few microns, which can be compared to model data at each stage of machining and used to control the machining process.

The Sprint system has been adopted in industries such as aerospace, and has been deployed on a number of machines at the Nuclear AMRC’s sister centre, the AMRC with Boeing.

“The Sprint system has demonstrated real benefits on smaller machines,” says Carl Hitchens, Nuclear AMRC head of metrology. “The increased performance requirements of modern high-value components call for ever more demanding tolerances, and the Sprint system is a valuable enabling technology to increase confidence in the manufacturing process.”

The Sprint technology has now been installed on the Soraluce FX12000 horizontal boring centre, the largest machine tool at the Nuclear AMRC with a working volume of 300m3.

The FX12000 was supplied and installed last year by Soraluce, part of DanobatGroup of Spain, and its UK agent TW Ward CNC Machinery.

Both companies have now joined the Nuclear AMRC as tier two members, to support ongoing research into innovative techniques and new applications for their machines.

“This is the first time that Renishaw’s Sprint system has been used on a CNC machine tool of this size,” says Hitchens. “We are aiming to create a step change for in-process inspection of very large high-value components, and provide a distinct competitive advantage for UK manufacturing for nuclear and other demanding sectors.”

“Moving large components from the machining centre to a CMM can be logistically difficult, and often accounts for a significant amount of the overall manufacturing time,” Hitchens notes. “It also increases the risk of the part being damaged during transport, and of errors incurred during manufacture not being identified in time.”

For key nuclear components, such manufacturing problems can cause hugely expensive delays in new build or maintenance projects.

The Sprint system can capture 3D data at a rate of 1000 points per second, with a feedrate of up to 15 metres per minute. It can also be used to check for sources of geometric error in a machine tool, automatically check component position and alignment during set-up, and measure critical features after machining.

The Nuclear AMRC machining team will also use Sprint’s capabilities to support research into the dynamics of large machine tools. “The mass of the moving parts in these large machines creates a lot of inertia that needs to be understood if we are to achieve reliable and repeatable measurements,” explains Hitchens. “We are already actively working on this issue, to improve the cutting performance of these machines.”

“Renishaw puts a strong emphasis on such development relationships,” says Marshall. “This project demonstrates the strong commitment of all parties to improvements in on-machine measurement technology.” 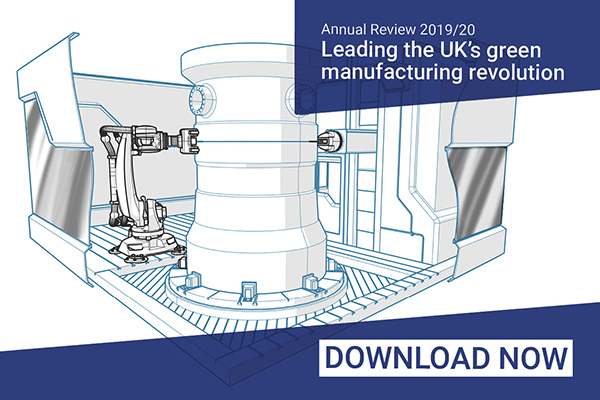 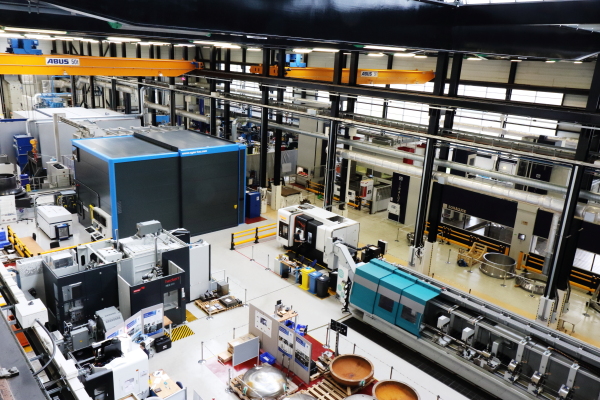 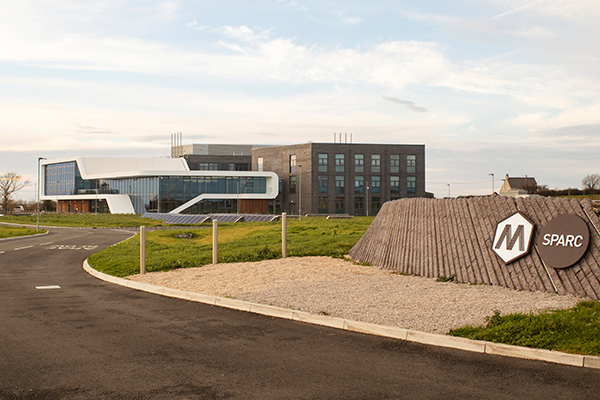