On 18 November 2010, some very special visitors broke ground for the new Nuclear AMRC building on the Advanced Manufacturing Park in Rotherham. Two members of the original Nuclear AMRC team look back at the royal visit, and a decade of progress since. 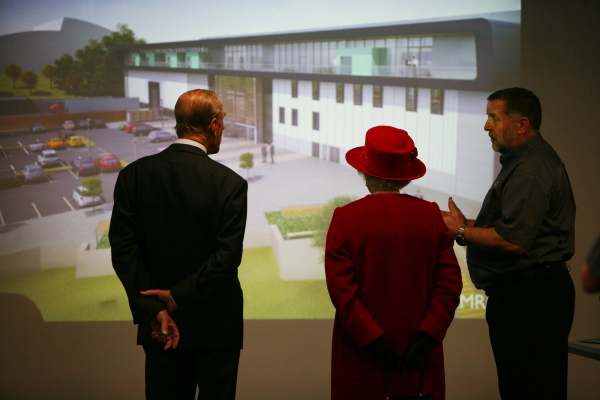 I had only been at Nuclear AMRC a couple of months when the Queen came to town. There were only a handful of us, based in temporary offices over at the AMP Technology Centre, so we walked over to the AMRC Factory of the Future together to watch from the balcony as she and Prince Philip toured the shopfloor before virtually starting the new building dig.

As the building was being constructed over the next 12 months, we were invited to have a walk around and picture how it would all look when complete. The original plans included separate offices at either end of the building for work with Areva and Westinghouse – that never did quite work out as envisaged.

All the talk at that time was of helping UK manufacturers win work in the construction of a new generation of gigawatt-scale plants, with Hinkley Point C planned for full operation in 2017. I was new to the nuclear industry and this seemed such a long way off – seven years before what we were doing would actually become operational.

The Fukushima accident and government indecision didn’t help the progress of the new build programme – and here we are, nearly 2021, and still some way off seeing a new plant producing electricity.

The changes in the market have led to significant changes and diversification for the centre over the past 10 years, from a main focus on new build, to a variety of sectors and sub-sectors.

One big operational change has been the introduction of a business development function. This was never really needed in the aerospace-focused AMRC, but it became more and more evident that the nuclear renaissance was a different animal, and we had to actively promote our offering to industry.

From a personal perspective as EHSQ manager, we’ve moved from a set-up where disparate paper forms were being carried across the office for people to sign, to an embedded digital management system. Being part of an innovative organisation has allowed us to be progressive, and I’m certainly grateful for that.

We are much more organised and business-like now, compared to our roots, primarily due to the highly regulated industry in which we operate, coupled with staff joining us from industry and sharing their experience of best practice.

As an innovative research centre, we have always had the challenge of getting the perfect balance between blue-sky thinking and commercial robustness to achieve the sweet spot for practical innovation. As we continue to expand our operations, it’s a challenge that keeps our team busy. 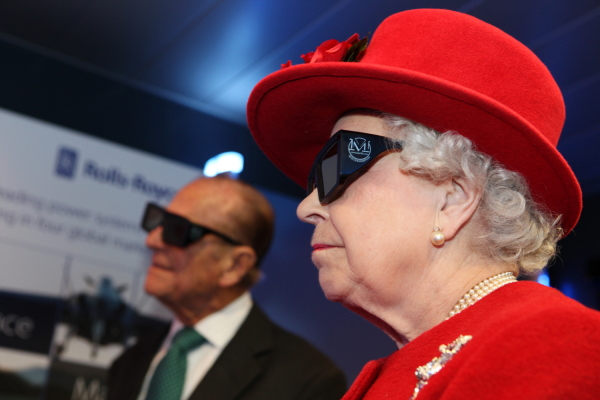 One big lesson I’ve learned at the Nuclear AMRC is that nothing earns as much publicity as a photo of the Queen wearing funny glasses.

The royal visit was part of the Queen’s first visit to the University of Sheffield since 1954, with appointments at the main campus and the city’s cathedral as well as the growing research campus on the Advanced Manufacturing Park.

Managing the guest list of industry partners, security requirements and press attendance was a major task for the very small team which was then laying the organisational foundations for the Nuclear AMRC, and we leant heavily on the team at the established AMRC as well as the University of Sheffield public affairs team.

Being a hub of innovation, we wanted to do something a bit more interesting than the usual ribbon-cutting or posing with a shovel. Our idea was to use virtual reality, with Her Majesty remotely activating a digger from the VR showcase within the AMRC’s Mantra vehicle – as a signal went out to the real digger on the site, the visitors would see a three-dimensional animation of the new building rising from the virtual ground.

The sight of the royals in large VR glasses proved irresistible – especially as Lady Gaga had just been snapped in a similar pair of sunglasses.

We were featured in national newspapers and TV – including the cover of the Sunday Times Magazine and Private Eye, and the BBC’s Have I Got News For You (twice) –  as well as the usual industry titles. And the Nuclear AMRC gained unexpected publicity around the world, from South Africa to Japan.

From the communications point of view, that level of attention isn’t easily replicated. We have had some high-profile projects and events over the years since, including our machining work for the Bloodhound SSC land speed record bid, hosting a major speech by the governor of the Bank of England, and seeing one of our shy and retiring engineers become a national treasure with his winning appearance on the Great British Bake-Off.

But it’s the core work that’s been most rewarding over the years, through the growth of the centre and all the changes in the industry – sharing the results of the team’s research, exploring new technologies and capabilities, and profiling the companies who’ve boosted their businesses with help from our supply chain programmes.

It’s about turning complex engineering into plain English, and explaining why nuclear has to be part of the armoury for tackling the climate crisis.

For the Nuclear AMRC, and the future of low-carbon power, the story’s just beginning. 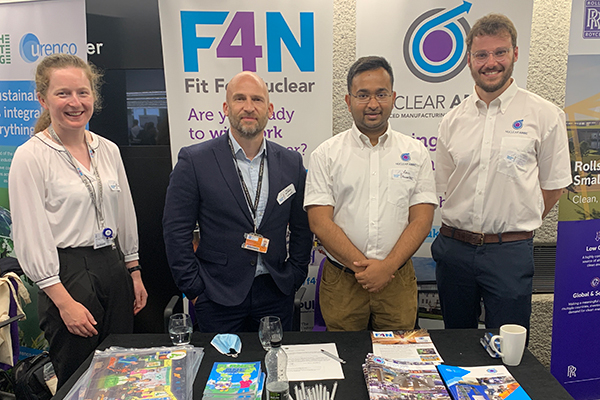 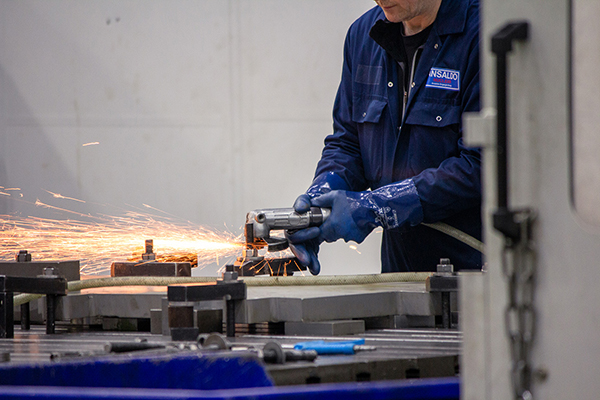 Heading for gold with Green Impact