EDF Energy has cleared a major hurdle for its proposed new nuclear power station at Hinkley Point, after the European Commission approved the UK government’s plans to support its construction and operation. 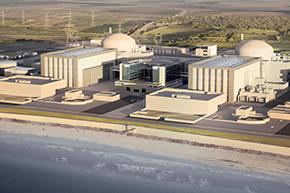 The Nuclear AMRC welcomed the news as a significant step forward in the UK’s new build programme.

“This will allow EDF to move forward in considering its final investment decision on Hinkley Point C,” said Stuart Harrison, Nuclear AMRC business development director. “This is a significant decision to give confidence to the nuclear new build market, and has been welcomed by the other developers. This will also be welcome news for the UK supply chain as another move closer to the issuing of contracts for supply against which they can compete. We will continue to work with EDF Energy and its suppliers to identify opportunities for UK content into Hinkley Point C.”

The European Commission review focused on the commercial terms agreed by EDF and the UK government last October, under which electricity from Hinkley Point C will receive a guaranteed strike price under the contract for difference (CFD) regime, to make sure that they were permissible under the strict rules on state aid for commercial ventures.

During the review, the government agreed to modify the terms of the project financing to preserve competition in the energy market. Ultimately, the state aid examiners were satisfied that the support was necessary to address a genuine market failure.

Commissioner for competition policy Joaquín Almunia said: “After the Commission’s intervention, the UK measures in favour of Hinkley Point nuclear power station have been significantly modified, limiting any distortions of competition in the Single Market. These modifications will also achieve significant savings for UK taxpayers. On this basis and after a thorough investigation, the Commission can now conclude that the support is compatible with EU state aid rules.”

The revised terms include an increased initial guarantee fee to be paid by EDF to the UK Treasury, which will reduce the subsidy by over £1 billion; and a new mechanism to share the profits of the project with UK taxpayers. Once EDF’s return on equity exceeds an agreed level, any further gain will be shared with the Treasury through a reduction of the strike price. The strike price will be reduced further if profits exceed a second higher threshold.

This gain-share mechanism will last for the entire 60-year lifetime of Hinkley Point C. Any savings in construction costs will also be shared with the Treasury.

According to the Commission announcement, Hinkley Point C will have a capital cost of about £34 billion including £24.5 billion construction costs, and require debt financing of £17 billion.

EDF Energy executives, speaking at the group’s supply chain conference at the Nuclear AMRC earlier this year, identified the state aid review as the main challenge for its new build programme.

EDF chairman and CEO Henri Proglio hailed the decision as a major milestone for Hinkley Point C. “Now EDF and partners have to finalise the agreements needed to reach a final investment decision,” he said. “Building EPR reactors in the UK will provide huge benefits for both countries in terms of job opportunities, economic growth and skills, further strengthening France and United Kingdom fruitful partnership.”

The UK’s other new build groups also welcomed the decision. “This ruling is a huge boost for the UK nuclear new build programme which demonstrates the robustness of the model the UK government has put in place to bring forward low carbon investment and underlines the attractiveness of the UK market for new nuclear,” said Alan Raymant, chief operating officer for Horizon Nuclear Power, which has recently launched a public consultation for Wyfla Newydd. “As the next UK developer in line, we take great confidence from the decision.”

NuGen said that it was given confidence in taking forward its plans for the Moorside project. Both groups will have to undergo a similar state aid review as and when they strike CFD agreements with the UK government.

Agneta Rising, director general of the World Nuclear Association, said the UK’s strategy for electricity market reform was an innovative approach to encourage investment in a deregulated market. “The decision will be welcome by all those planning new nuclear build projects in the EU and similar markets,” she said. 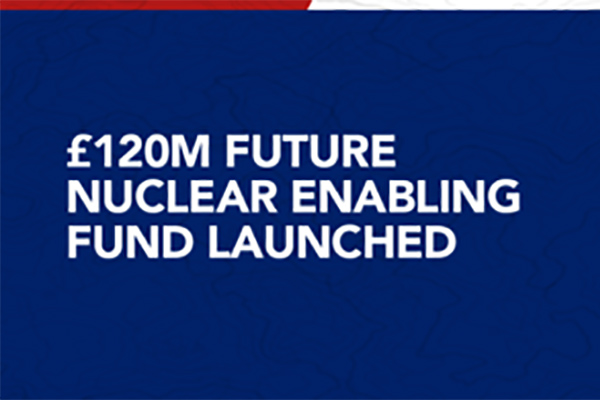